Come to the Open Gate for Wilmington’s Gates

The beautiful and elegant Wilmington’s Gates poster is for sale at The Open Gate. Come by our administrative office:

The poster is also available at any of our Vintage Values Resale Shops. We will be happy to assist you.

We include an information sheet about the gates, “Pierced Portals” with each poster. We thank Sue Boney Ives, Ed Turberg, Charles Boney, Janet Seapker, and Susan Block for this historical outline that adds much interest to the poster.

We are working on displaying the poster at various locations downtown, let us know if you would like to help with distribution and/or sales by calling the Development Director at 910.343.9969. 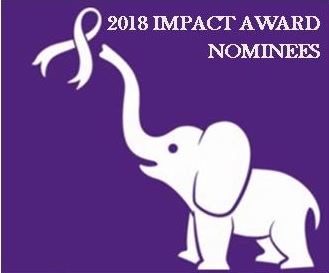 The Domestic Violence Advocacy Council and the Pulliam family are honored to announce the nominees for the 2018 IMPACT Award.  This award has been established this year to mark the 10th anniversary of Tarica Pulliam’s death at the hands of an abusive ex-boyfriend and to celebrate her legacy of love and service to our community.

This award hopes to serve as a commitment to not only remember the names of those who have been lost to domestic violence; but to provide a platform to celebrate the individuals who shine a light on the issue and inspire hope in our community.

We would like to congratulate the nominees, thank all those who took time out to submit a nomination and encourage everyone to stay tuned for individual profiles of each nominee!

Click here to learn how to erase your browser history.